All facets of beauty should be about smart and educated choices. Beckie and Jamie, a mother-daughter team, are passionate about helping women navigate the Web of beauty and fashion.

Because this isn't your typical beauty blog, in addition to independent and unbiased reviews of products, you will discover weekly health and wellness articles, weekly giveaways, an economic beauty and fashion survival guide, as well as fitness tips from Jamie, a certified personal trainer.

This is brains on real beauty -- from the inside out.

Female Version of Joe the Plumber

Since Thursday's presidential debate, Joe the Plumber is the most Googled name. But, girls, don't you think Josephine the Plumber should have equal time? Oh, you younger women don't remember her, do you? Read more. 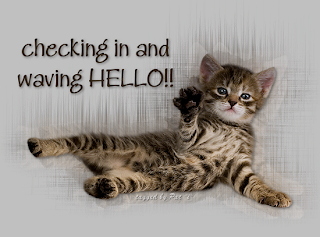 Carrie and Danielle, authors of Style Statement and editors of a newly transformed blog with perspectives on everyday life purpose and meaning have started a revolution. Not a political revolution, but a common courtesy revolution. Carrie wrote this week,

I’d like to start a revolution in saying hello. A simple, hello.Religious wars…I understand why you might fight for your god, as backwards and undeniably ludicrous as it is, I get it. Road rage…remotely conceivable. But, not saying “hello” to someone on the sidewalk? I just don’t understand it. It’s heart-breakingly baffling to me.

We are joining in this revolution! We have met hordes of people on the street with frowns hanging down to their shoulders. Who knows what that person might be going through. Maybe they are PMSing, maybe they just lost a fortune in the stock market, maybe they just broke up with their significant other.
Join us in the revolution by smiling and saying "hello" to everyone you meet today. You have the power to change someone's day. Most Current

Most Popular Articles on Girl-Woman-Beauty-Brains-Blog:
Beauty on a Budget: 3 Must-Haves
Body Image at New York Fashion Week
Handbag Trend for Fall
10 Things Women Over 40 Shouldn't Wear
What Are Ivanka Trump's Beauty Essentials
How To Make Your Eyes Look Bigger In 4 Easy Steps
Beauty Trick for Over-Plucked Eyebrows
How To Spot Fake Tiffany How To Spot Fake Chanel How To Find A Hairstylist In A New City
0 Comments --

According to USA Today, 53 percent of plastic surgeons say business has slowed, gym memberships fell last year for the first time in more than a decade, and the Jenny Craig diet program is down by 30 to 40 percent since the first of the year.

Botox injections are the growth leader in the cosmetic industry.


This $12.4-billion-a-year business is thriving, while the health-related businesses (gym memberships and diet/nutrition programs) are slowing?

What's wrong with this picture?

Girl-Woman-Beauty-Brains-Blog Asks, "What is Beauty?"

Girl-Woman-Beauty-Brains-Blog was designed to not only inform women but to make women think. Aesthetics is a branch of philosophy -- the philosophy of art and beauty. But what is beauty?

Aristotle's said, "Personal beauty is a greater recommendation than any letter of reference."

Do you agree or disagree?


Beckie: Although I totally disagree with the concept, there is much to support Aristotle's quote. In a recent Wall Street Journal article that inspired my post, Botox for the Resume, a 49-year-old woman took ten years off her resume and had youthful pictures taken in order to get a job. The article exposed many other educated women who were resorting to cosmetic procedures and lying about their age in order to gain employment.

Jamie: The stark reality of the job market and career building is that employers want vibrant, young, innovative people as part of their team.

Filed in: commentary | Tagged with: beauty

Soapbox Saturday: Botox for the Resume

It's Saturday, and I'm on my soapbox again! Today's conniption fit comes from an article in the Wall Street Journal about a 49-year-old woman who took ten years off her resume and had youthful pictures taken in order to get a job. Are women over 40 required to have Botox in order to get a job?


At age 49, Lisa Johnson Mandell (woman shown in picture above) found her career "kind of sputtering." After 20-plus years as an entertainment broadcaster and film reviewer, she began to see jobs she applied for going to people she knew were younger. "I kept thinking, 'There has got to be someone out there who will value my experience,'" she says.

Her husband, Jim Mandell, president of a Hollywood voiceover agency, told her frankly, "People are rejecting you out of hand because you are too old."

The competition for jobs can seem age-biased in our youth-obsessed culture. Today's economic slump has hit just as legions of new college graduates reach the job market. Employers are eager to fill their offices with youthful energy and technological savvy, as well as the openness to new ideas that also makes 18- to 34-year-olds so tantalizing to advertisers. Our culture is so spellbound by youth that even some people in their early 40s think they've aged out of the fast lane and feel pressure to remove the years surgically.

But is employers' apparent preference for youth really about wrinkles? Or do companies simply want workers who keep pace with the times?

Many mature job candidates rest on their laurels and fail to create a modern image, says Maxine Martens, chief executive of the executive-recruitment agency Martens & Heads in New York. Looking young isn't the key: Attitude and knowledge of today's world are just as important. "It's your job to stay contemporary," she tells
candidates. Ms. Martens, who is 60, founded her company after being fired from a recruiting job at age 54. She sometimes sends candidates to her hairstylist for an updated style, but she also suggests they try new gigs as fearlessly as they did in the past.

Read the rest of the article.

Do you think younger women are more marketable? Do you need to shoot yourself up with Botox to compete with younger women? Who would have thought that experience would be a liability in today's market?

I will get you started.

I'm not going to blow a gasket over this, because women do have the power to market themselves. I believe wholeheartedly that we need to stay current with the times -- take computer classes to stay ahead of the curve -- and I also know, unfortunate as it may be, we are judged by how we dress and look.

Having said that, I recently felt the sting of what I like to call "young/cute" discrimination. I had been a court reporter for a quarter of a century and had an attorney ask, "Where is that young, cute court reporter from last week?"

What the attorney soon learned was that the inexperienced but young and cute court reporter couldn't write 250 words a minute or keep up with three attorneys talking at the same time, and eventually, my attorneys/clients requested my services.

In the end, experience trumps youth and cuteness...but the idea that an experienced woman would have to have Botox or lie on her resume still puts a bee in my bonnet!

Your turn. What are you buzzing about?

We are currently going through a transition while we move onto the new OnSugar platform, so if you have any questions, please don't be afraid to ask or search!

Those of you using a feedreader will want to update your feed. The new feed link is http://girl-woman-beauty-brains-blog.com/posts/feed.

Please email any media inquiries, advertising requests or questions to .